FORMER Elle Decoration editor-in-chief Michelle Ogundehin is back as head judge for a third season of Interior Design Masters.

The Manchester-born star has become internationally renowned as a thought-leader on interiors, wellbeing, trends and style.

She is well known for writing and presenting on interior design.

Born in Manchester, Michelle grew up in London, and attended the Bartlett School of Architecture, UCL, graduating in 1989 with a Bachelors and a further Diploma in Architecture in 1993.

She then moved to Brighton, after visiting for a weekend break.

In 2007 and 2008 she ranked in the top ten on the Powerlist of influential women of African or African Caribbean heritage in the United Kingdom .

In 1997, she began working at Elle Decoration UK and was appointed Editor-in-Chief in 2004.

In 2002, she established her own creative consultancy, MO:Studio.

Ogundehin also has regularly written for publications such as the Financial Times and The Observer.

In 2017 she stepped down from her role at Elle Decorations after 13 years.

Her first book, Happy Inside: How to Harness the Power of Home For Health And Happiness, was published in 2020.

What TV shows has Michelle been in?

Ogundehin has worked on a number of television shows including presenting alongside Kevin McCloud on Grand Designs: House Of The Year.

In 2016, she co-presented Channel 4’s Inside out Homes and moved on to BBC Two’s The Great Interior Design Challenge the following year.

In 2019 she took on the role of head judge on Interior Design Masters.

Is Michelle married and does she have children?

From Michelle’s social media accounts there’s no sign of her having a husband.

By the looks of it, she likes to keep her online presence very professional.

Although, it looks like the interior designer does not share any private information or photos online, she has stated that she lives in Brighton with her son and basset hound dogs Stanley and Henry.

When is Interior Design Masters with Alan Carr on BBC?

The third series of Interior Design Masters is set to launch on Wednesday, March 9, 2022 at 9pm on BBC One.

The guest judges include Laurence Llewelyn-Bowen and Mary Portas. 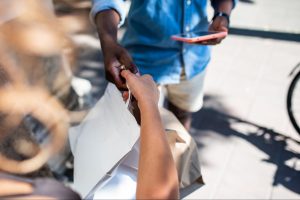