TEWKSBURY — The Tewksbury Plan­ning Board met for an in-person meet­ing on Feb. 28, 2022 in Tewksbury Town Hall. Members Eric Ry­der and Bob Fowler were not in attendance.

The board tabled ap­pro­val of minutes until all members were present.

Town Planner Alex Low­der reported that due to a lack of quorum, a sign special permit discussion for Balance Spa at 1788 Main St. was continued to March 14. Lowder also shared that she had an estimate from an engin­eering consultant for the design and permitting of sidewalks at 1788 Main St. and 1866 Main St. to close gaps along Main Street.

The review put costs at $45,750 “to get us construction ready,” including signal updates and survey of existing conditions. Chair Steve John­son wanted to wait until all board members were present to discuss allocating money from the sidewalk fund to the project.

The board reviewed a site plan special permit, special permit, and land disturbance permit appli­cation for Highland View Realty Trust at 60 High­land View Road, behind Vic’s Waffle House. At the Jan. 10 meeting, the board reviewed a concept plan for the Dutch company Zordi, which outlined plans for a high tech greenhouse in a re­search and development setting for efficient fruit growth.

Consultant Matt Hamor said that the proponent had recently received a variance from the Zon­ing Board of Appeals, and has not significantly changed the design since last appearing before the board.

The property will host between four to six em­ployees and traffic will derive from small box delivery trucks. Hamor shared design renderings of the structural glass paneling and re­viewed drainage and filtration systems in re­sponse to the town engineer and fire department. Hamor said that the proponent is working with the Con­servation Commission and will continue discussion with town departments as plans are finalized.

Member Vinny Fratalia asked for better renderings of the building, and expressed his confusion that the site would be used to grow other fruits when the project was initially described as a strawberry greenhouse.

Hamor said that the same process will be applied to different fruits as an R&D lab in preparation for a larger facility.

Member Jay Delaney said he had lots of questions still to be answered but that he mainly wanted to know if there was adequate snow storage.

Johnson asked how the exterior of the building would be maintained.

“It’s a fancy-looking greenhouse” with high-tech, heavy-duty glass,” said Hamor, and has to be clean so the light can get through.

Johnson said he felt the property should have a fence even though abutters hadn’t asked for one. Hamor said there would be at least one fence for security.

The board continued the discussion to March 14 so other members could re­view the plans.

The board reviewed a land disturbance permit application for CIL Real­ty at 85 French St. Con­sultant Andy Baum of land surveying and engineering firm Sherman & Frydryk explained the owner’s intent to raze the existing building and construct a five-bedroom handicap-accessible single family home on a 1.5 acre lot as a housing fa­cility for people with special needs.

Baum addressed comments from the town engineer and explained that the design plan for the site includes a reduction in the grade of the driveway, the addition of a retention pond, and a vegetated swale at the street level to improve visibility for drivers and to manage water runoff.

Fratalia said that he felt the retention pond, though shallow, should be fenced “considering the clientele” of the property.

Delaney asked about erosion control; Baum said the issue would be handled with the town engineer, and the plan will include an erosion control barrier.

Johnson reminded mem­­bers of the board and the public to limit their comments to the land disturbance permit be­ing considered.

Resident Elaine O’Cal­la­han, who lives across the street from the pro­perty, expressed concerns about overloading the building without ade­quate staff, adding that she was not against group homes.

Johnson said that her comments were outside the permit’s scope. O’Cal­lahan asked about the project’s impact on the water table and John­son said that the issue would be addressed by the town engineer.

Resident Greg Terrien asked about the impact of flooding on wetlands and Baum said that the project was not altering but directing the flow of water, and Johnson ad­ded that the owner cannot increase the amount of water flowing off the property.

Terrien also expressed concerns over the loss of trees and the zoning regulations on group homes. Lowder explain­ed that such facilities are exempt from local zoning and are regulated by the state.

“It’s outside our pur­view,” said Johnson.

The board continued the discussion to March 14. 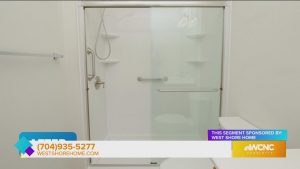 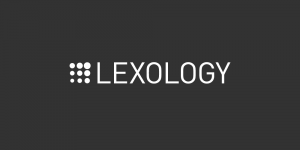